In a country obsessed with eating and drinking well, food and wine have quite a presence in everyday common sayings. Here are a few: 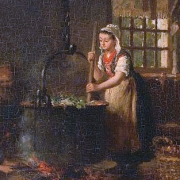 In a vegetable stock, every small peice contributes to the flavor. It means "Every little bit counts", Every contribution toward a goal is valuable, regardless of how small it may be. 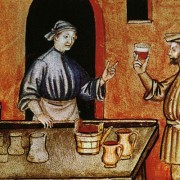 To ask the innkeeper if the wine is good

You already know the innkeeper’s answer: "of course, my wine is excellent!”. It’s useless to ask the opinion of someone who obviously has a vested interest. 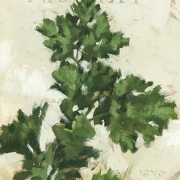 This saying refers to the large use of parsley in Italian cooking. If "you are like parsley" it means that you always in the way. 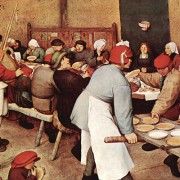 Celebrate a wedding with dried figs 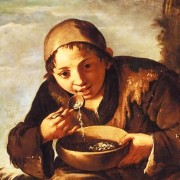 In Tuscany, soups are often made with bread soaked in vegetables and stock, like the traditional pappa la pomodoro and ribollita. The expression means that the two alternatives are equivalent or very similar and it doesn’t matter which one we choose. Similar to “six of one, half a dozen of the other”. 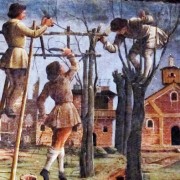 To tie vines up with sausages

To live extravagantly, in extreme comfort or needlessly squander goods and wealth. It is said in particular of the smug nouveau riche who want to show off their money. 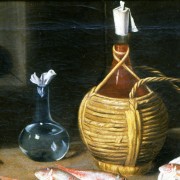 Take the wine out of the bottles

The quality of a wine is only appreciated at the time of drinking it.
It means to cut to the action, to finally solve a problem that is outstanding. 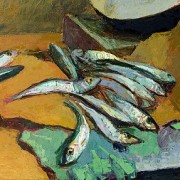 Pretending to be an anchovy in barrel

A salted anchovy packed in a barrel with many others does not move and is impossible to pick out. The expressions means to pretend not to be there or not compromise oneself by saying anything to set oneself apart: to not “stick one’s neck out”. 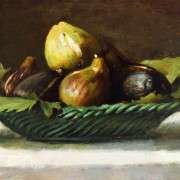 Get dates out of figs

Dates are more expensive than figs. It means to make a good deal or benefit greatly from a favour done to someone, or to be paid abundantly for a service rendered. 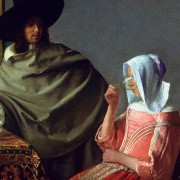 You can’t have your barrel full and your wife drunk

This is the Italian catch-22: a situation presenting two equally impossible alternatives since one excludes the other. It means demanding for the impossible. It’s the equivalent of the English "having your cake and eating it" or "you can’t have the best of both worlds." 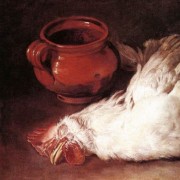 The meat of an old hen is the best to make a tasty broth. In short, it is always good to trust those who have experience. 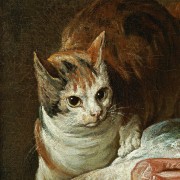 Buy lard from the cat

And why the cat would sell it to you? In short it means you are asking the wrong person for something, or more specifically you are trying to buy something from somebody who will never give to you, since he or she cares too much about it. 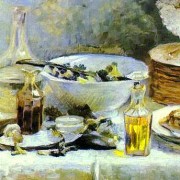 Eating someone in the salad

To be superior to someone else, and beat him or her in an argument of at something else with the same ease with which you would eat a salad. 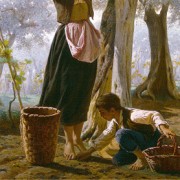 To see the olives fall into the basket

Manual olive harvesting is tedious and hard work. It would be much better if the olives fell spontaneously into the basket. It means getting a good deal without having done much work. 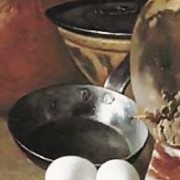 We don’t fry with water around here

This means that when we do something, we do it really well, we don’t do things by halves. 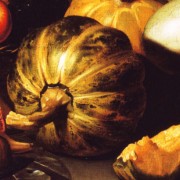 Have little salt in the pumpkin

Salt is as a symbol of wisdom and pumpkin is a slang word for head. To be silly or foolish and lacking in common sense. 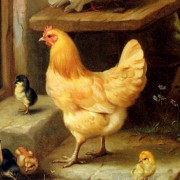 Eat the egg in the hen’s body

Making plans ahead of the times or an an event that has not yet occurred and is not sure. Something similar to “Don’t count your chickens before they are hatched”. 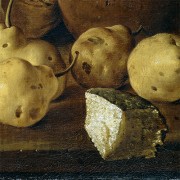 In Italy the combination of cheese and pears is considered a delicacy. You should not let the farmer know how good are these together. Why? The price would double. It means never show someone how much you are interested in something or that giving away a secret might hurt your interests. 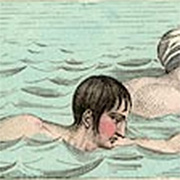 To be very wealthy. In the past, people had very little meat to eat. Even lard was a luxury. 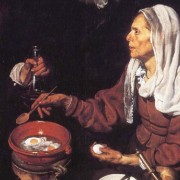 To make a big mess, a disaster. 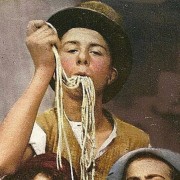 Something that gives the perfect finishing touch. It can refer to a person that arrives or an event that happens at the right time, and brings something to completion or perfection. 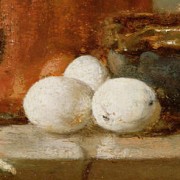 Break the eggs in the basket

Want to join the discussion?
Feel free to contribute!

This site uses Akismet to reduce spam. Learn how your comment data is processed.